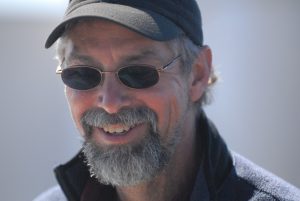 In Remembrance of Tommy Higgs

By Neil McGilvray on behalf of MDRA

Tommy Higgs was a guy with multiple families. Tommy had his real family with his wife Beth and sons Chris, Todd and Adam. Tommy also had his farming and community family. There is barely a person on the Eastern Shore that is no more than one degree of separation from knowing who Tommy Higgs is. Then there is his rocketry family. When you speak to the “other family members” they will all tell you how much Tommy loved his rockets.

Tommy was one in a million, it was an honor to have known him and to call him a friend. Knowing someone like Tommy and ultimately losing him allows us all to think about what is really important in life and how fleeting and fragile it can be. When your days grow short, what the lucky ones have left is family and love. Tommy was truly blessed to be a lucky one.

Tommy was a hard worker and no stranger to the pain of being a farmer. Working through that pain Tommy set an example to all that knew him, he never let a long day, aching muscles or a major injury slow him down. Knowing Tommy, if he had to do it all over again, he would not have changed a thing. It is often said that if you do what you love, you’ll never work a day in your life. Everything Tommy did was a labor of love.

Through a chance encounter one afternoon while Tommy was flying his RC Plane, in the front yard of his Cox Sawmill Road property, began a relationship with the members of the Maryland Delaware Rocketry Association that has been on going for over 25 years. It all began with a simple request to see if Tommy wanted to see a rocket launched. Not being the type of guy that would shy away from an opportunity like that, Tommy agreed and the rest is history, literally.

Because of Tommy’s active nature and willingness to facilitate the rocket program, the operation was moved from Tommy’s front yard to the Ell Downes property where it remains to this day. Tommy’s benevolent nature and enthusiasm allowed the club to grow and so did the projects. Three world records were set at Higgs Farm and the amount of propellant burned over the years could have launch multiple rockets into space.

What made the relationship work was the mutual respect Tommy and the members of the club had for one another. Every agreement was formalized with a hand shake, a wink or a nod. Tommy was the type of guy, who’s word was his bond. He trusted us to live up to his expectations as we managed hundreds of people and thousands of launches over the course of season at Higgs Farm. 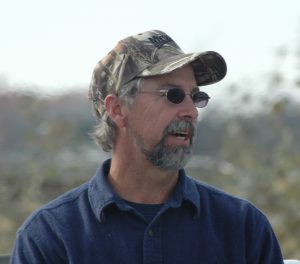 The goal was always to leave the farm in as good of shape as it was when Tommy turned it over to us for a weekend. Despite rockets crashing, occasionally blowing up, lighting the field on fire, flying and floating off Higgs Farm, usually miles away into the neighboring farms and residences, we actually got a couple to work. Tommy was always patient with the aerial antics and year after year we were always invited back.

While Tommy enjoyed watching us put those birds in the sky on trails of smoke and fire. He soon became renowned for a roasting a bird that doesn’t fly, his world-famous Road Kill Café chicken. Tommy was usually one of the first ones at the field each launch day, setting up shop and firing up the grille. It was at the Road Kill Café where the MDRA members got to speak personally with Tommy. He treated everyone the same, with respect, a big smile and firm hand shake. Somehow, as busy as he was, Tommy was able to find a moment for small talk and that made each and every one of his customers feel special. He didn’t know it at the time, but the members of the club looked at Tommy as if he had Rock Star status.

When the launch was shut down for the day and the waiver was called in, we could all take a well-deserved break and enjoy a few adult beverages. It was during these times we discovered we had something else in common. Collectively, we determined what Tommy and the rag-tag core group of rocketeers sitting on the tail gate of a pickup truck really were. We were a Drinking Club with a rocket problem.  Those priceless times of fellowship, comradery, animated conversation and laughter will be missed. When you told Tommy a funny story and approached the punch line, he had a way of half gritting his teeth and half smiling, cocking his head to the right slightly and usually said something like, “Son-of-a-bitch”, while shaking his head and laughing when you got to the point of the story or punch line was delivered.

Tommy was also a good listener. We knew that because he would always ask intelligent questions, especially when we would come up with the latest hair brained idea. Like launching a 36’ tall, 1,650-pound, clustered R-Powered Rocket off his property and by the way, there will be 5,000 spectators to deal with. What could possibly go wrong? Thanks to Tommy’s trust and confidence in the operation, the Saturn V flew true and was recovered successfully. Like so many other weekends on Higgs Farm, everything went off without a hitch and on this particular weekend another world record was achieved.

Though Tommy never looked for any notoriety, the reality is; he’s known worldwide. MDRA has a membership that has extended as to all corners of the United States, Canada, as far away as Australia and even Turkey.

The local Baltimore news stations and newspapers would come down to cover launches, as well as the Science and Discovery Channels. In the early days WJZ would fly their helicopter down to live broadcast launches on their morning show with Don Scott and Marty Bass. Marty was particularly amused the time we caused the milking and non-milking cows to stampede, break down the fence and intermingle. Tommy and Eugene didn’t see it as humorously as Marty and Don did. 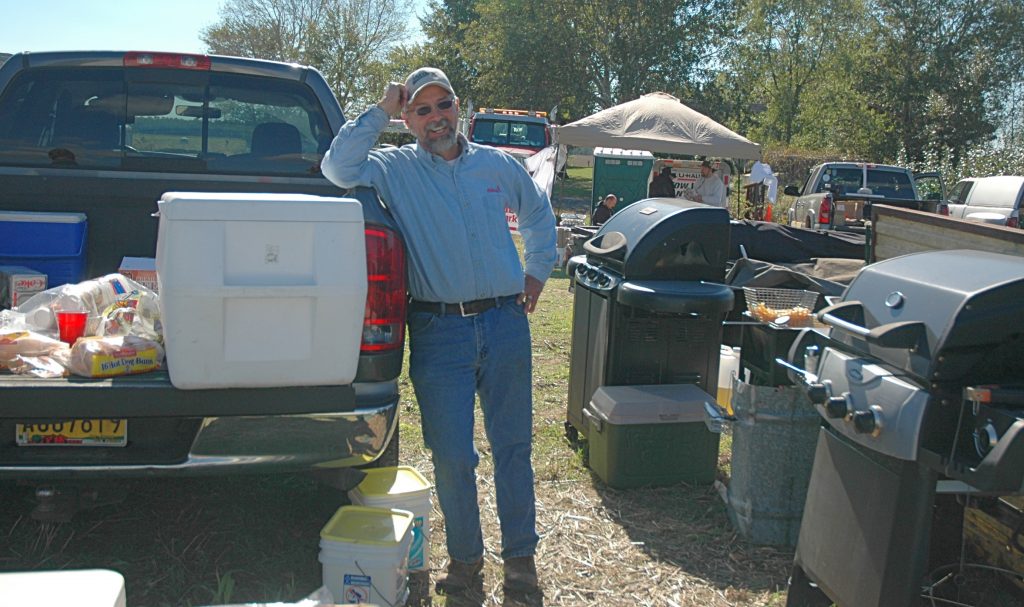 Sport Rocketry is a niche activity with a limited audience. But thanks Tommy Higgs MDRA became one of the biggest and most revered clubs in the country. Dozens of our younger members have gone to earn Masters Degrees and PHD’s. Many are currently working with different aspects of the space program because of the opportunities that Tommy provided. One is even in NASA’s Astronaut Program.

Over the years we have lost many of the trail blazers that pushed the envelope and set new standards. Tommy Higgs is ranked with the Frank Kosdon’s, Eric Gates and Paul Robinsons for all that he has provide and what he means to the rocketry community. (Both Eric and Paul had the honor of knowing Tommy.)

Tommy leaves behind his rock, Beth, without whom we all know none of this would have happened. I can only imagine the conversation with Beth after a we had few drinks at the field. “You are going let who, do what, with how many people, when? Have you lost your mind? Again?”

To Tommy’s sons Todd, Chris and Adam, we feel your pain. You were lucky enough to have a father, a friend and mentor all rolled into one. It is clear that the apple didn’t fall far from the tree. 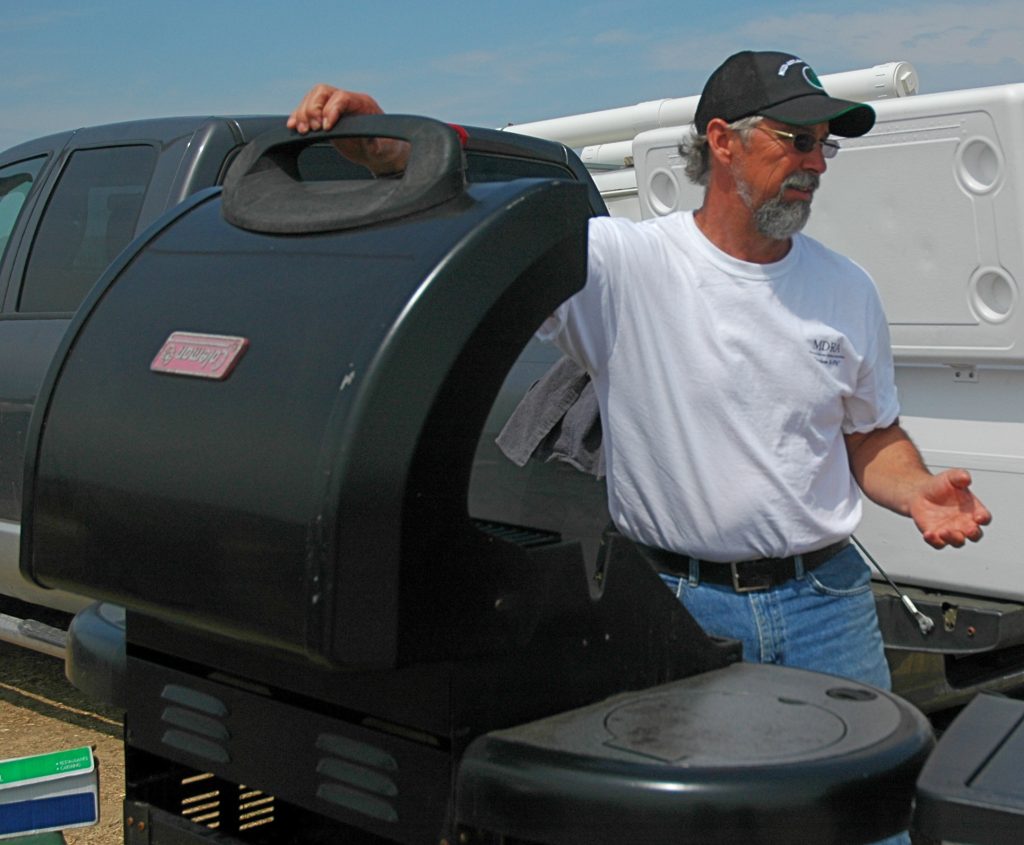 To Eugene, Cliff and Michael, our hearts go out you losing both a brother, a partner and a friend.

Tommy’s lesson for us all is to be the best person you can be, be kind and compassionate to others and stand up for your beliefs. Tommy may be gone in body, but his spirit will remain with everyone who ever had the pleasure of meeting him.

When the next rack of rockets is ready to go and we look to the sky and hear the words, “the range is clear, skies are clear” and we will know that Tommy is looking down from the best seat in the house. With each smoke trial heading skyward, we hope to make you proud and we will miss you incredibly.

Please feel free to drop a well wish, comment, or fond memory below.